A short and to the point article about the rallies being held tomorrow!

Even if you can’t  join in tomorrow, this website is one you must check out if you have even the slightest interest in child-birth rights for women.

A monumental uprising is on the horizon. Thousands of men, women and children will gather on September 3rd. The rallies are being hosted in over 100 major cities, coast to coast, for Improving Birth’s “National Rally for Change on Labor Day”. Thanks to the intricate nature of social media, ImprovingBirth.org has been able to organize a massive movement to bring awareness to the lack of evidence-based maternity care in the US. With supporters like talk show host Ricki Lake, super model Christy Turlington tweeting about the event, and sponsors such as “InternationalCesareanAwarenessNetwork” and the “AmericanAssociationofBirthCenters,” this is sure to be an impactful event.

Much of scientific evidence takes an average of 20 to 30 years to become standard practice in our maternity care system; this is an unacceptable time table especially when talking about the well being of mothers and babies. Until we get it right, we are needlessly subjecting mothers and babies to major abdominal surgery, the long term side effects that go along with that and the unnecessary risk of death for both.

“Despite the dire situation, this is not a protest,” says Dawn Thompson, founder of ImprovingBirth. “It is a public awareness campaign to bring attention to the outdated practices that have been proven time and again to not be what is best for mothers and babies.”

Ina May Gaskin, Midwife and Right Livelihood Award winner, says “We need medical practice standards at both the federal and the state level that would address C-sections performed without medical justification and assure more mother-friendly births and fewer medical interventions during labor.” This is just one of the six steps Gaskin believes to be essential in obtaining better maternal healthcare.

Improving Birth was founded with the vision of encouraging hospital administrators to review their birth-specific policies and procedures. We ask that they implement incentive programs for doctors and nurses to get up-to-date information and education about the most current care practices.  The U.S. outspends every country in the world for maternity care, and yet we rank #49 for maternal mortality rates.  In fact, Amnesty International reports that “women in the US face a greater risk of maternal death than nearly all European countries, as well as Canada and several countries in Asia and the Middle East.”

We Can Do Better.

For more information about the National Rally for change, visit www.ImprovingBirth.org . 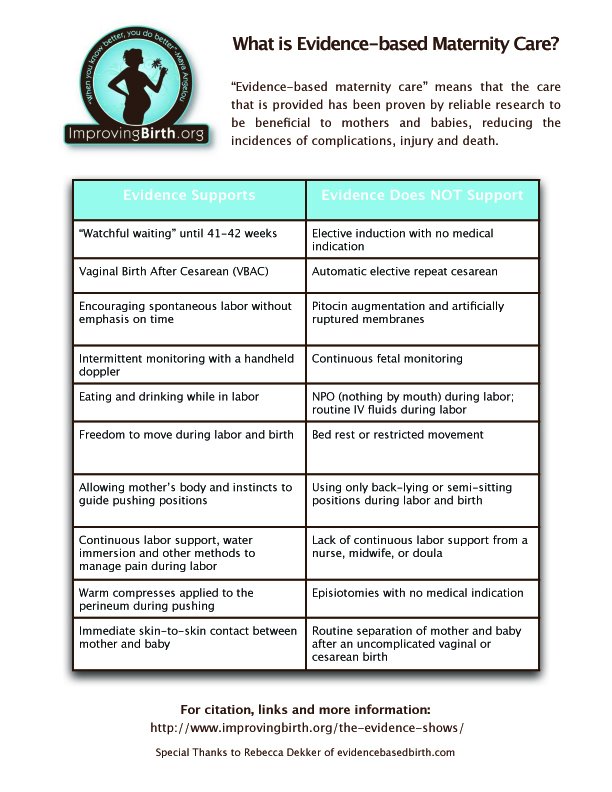